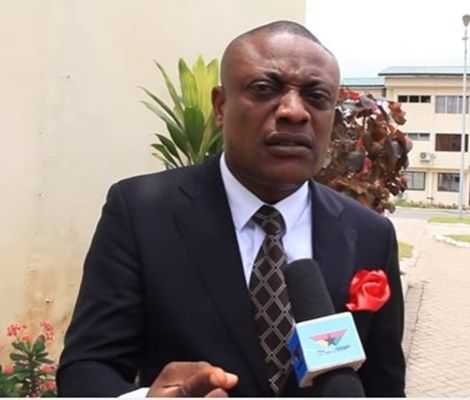 He said the NPP guru is not above the law and must be punished if necessary for his actions to serve as a warning to others.

“He has been pampered for too long in this country. He is not above the law,” he said after Kennedy Agyapong was cited for contempt.

Kennedy Agyapong has been summoned by High Court judge Amos Wuntah Wuni for contempt after the legislator called him “stupid”.

Ken Agyapong is reported to have “scandalized” and “threatened” the judge and, by extension, the court in an ongoing land case.

On Wednesday, September 2, the lawmaker had threatened to petition the Chief Justice over a judgment given without his knowledge.

On a program on Net2 TV, Ken Agyapong called the judge “stupid” for delivering judgment when he was unaware of the case despite being the de jure owner of the land for 18 years.

“You are a stupid judge. I will face you,” Mr. Agyapong said on his TV station Net2 last week.

He stressed: “I am not Anas to take bribe from you. I will deal with you”.

Kennedy Agyapong has however apologized for his actions but Maurice Ampaw maintained that his words are “unpardonable”.

“His apology shouldn’t take away the fact that what he did was wrong. He should not escape punishment for this behavior. He behaves like he is possessed by some spirit,” he said in an interview with NEAT FM’s morning show ‘Ghana Montie’.