Some former Ministers, as well as Members of Parliament, who served the country under the J.A. Kufuor administration, are demanding salary arrears of GH¢29.7m from the Government of Ghana.

The Forum for Former Members of Parliament (FFMP) in their letter to Frema Osei Opare, the Chief of Staff demanded that in consonance with the principle of fairness and equity, “it is only appropriate to humbly request of you to consider the payment of arrears of salaries/emoluments to Members of the Fourth Parliamentof the Fourth Republic (i.e. 2005 to 2009)”.

According to the FFMP, they are entitled to a twenty per cent annual salary increment as provided in the Chinery Hesse Committee’s Report.

The Forum gave an example of a similar payment to MPs of the Third Parliament of the Fourth Republic which was approved by the finance minister, Ken Ofori-Atta, in a letter dated August 9, 2018, and was duly paid after the Auditor-General had certified it. 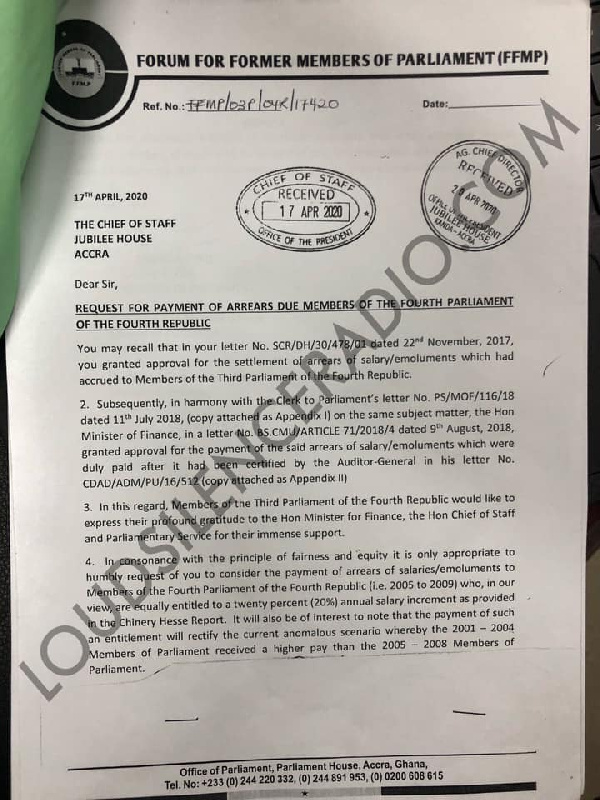 No Nurses at Major Hospitals In Accra