Speaking at the Oti Regional New Patriotic Party Women’s Wing Conference held at Nkwanta she stressed that every household in the country has directly or indirectly felt the positive impact of this government.

According to her, that explains why Ghana has been identified as one of the fastest-growing economies in the world.

“We can say on authority that about 80% of all the campaign pledges have been fulfilled,” she said on Friday.

Hon Owusu-Ekuful underscored the government’s commitment to deliver on all of its 2016 promises and to continue implementing policies that would enhance the livelihoods of the citizenry. 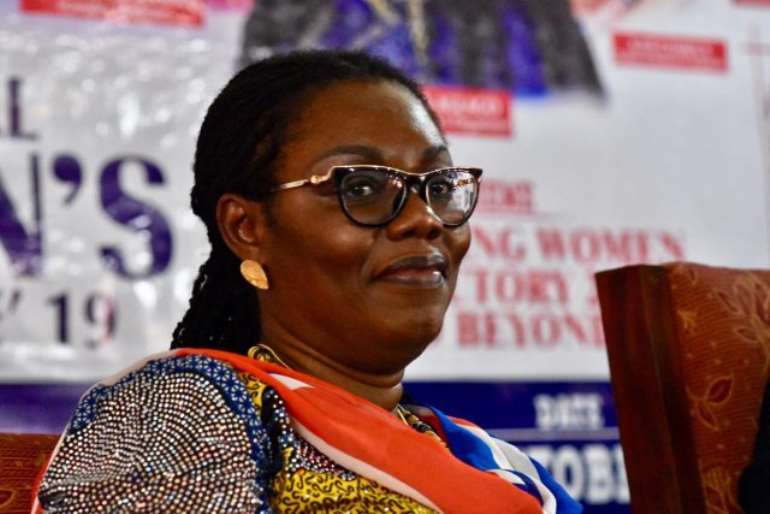 She, therefore, implored membership of the NPP to continue preaching the “good works” of the Akufo-Addo government as the country gears towards the 2020 general election.

“Am sure you will agree with me that the worse NPP government is far far better than the best NDC has to offer. So we will ensure that we will not curse this country again with the worse that we have ever experienced in governance and let the NDC come and take over again.”

She further stated that “and so for all of us sitting here as executives of the NPP, the time has come for us to get to work and make sure that this great party of ours is retained in power.”

She added the women’s Wing in the region would embark on a rigorous door-to-door campaign to expand the membership of the NPP which would translate into votes in the 2020 general elections.

“We want to thank the President for creating the Oti Region for us with at least 5 parliamentary seats in the region”, Madam Agalogo stated.